“It was a clear difference, there really was,” said Mike Lane, Yankees chief information officer and SVP for technology and broadcasting. “Quality is crispier. The lyrics are more intelligible.

Audion technology was even more prominent last Sunday when Frank Sinatra’s “New York, New York” serenaded the stadium after the Yankees clinched a playoff berth. And if New York beats the Red Sox in tonight’s wild card game, the stadium’s public address system will be showcased in front of a national television audience this weekend.

Audion draws on the experience of two people: technical director Alistair James, a long-time music producer and mixing engineer whose expertise in stadium sound dates back to his days playing guitar in tour with a former Guns & Roses member. And President Raymond McGlamery, whose credentials include being the Vice President of rock promotion at Warner Bros.’ Resumption of recordings.

“We calculate and calibrate our inner workings,” says McGlamery. “We’re moving out of the board into the distribution system, and what we’re doing is changing the way the signal is transmitted. Thus, the entire sound signal is delivered in a completely different configuration than where it is more immersive. We fill in the existing gaps. The goal is to make every seat sound the same, and that’s good.

Audion wants the cavernous Yankee Stadium to be “locked in camaraderie.”

Audion’s hardware is a box, somewhere between the size of a microwave and a foot locker. The whole system can be installed and calibrated quickly. Audion was originally operational in the Bronx for the Pinstripe Bowl in December 2019. But a few changes behind the scenes at Yankee Stadium this winter meant there was a need for recalibration – which was delayed until recently (August 2021) in due to the outbreak of the coronavirus and accompanying travel restrictions.

As video cards in stadiums continue to cross new frontiers, McGlamery says, “Component audio is way behind. Audion co-founder Peter Fleming, a former attorney for the Manhattan District Attorney’s Office who later worked in corporations and startups, adds that a veteran professional sports team executive told him: “Sound is forever, in our top five to manage, and we never get there.

The Audion team, however, approaches this challenge from a different perspective, coming more from the music industry than from sports and venues.

Stadium audio systems are expensive, potentially running into the eight-figure price range. They cannot be replaced regularly. Site operators also didn’t have many options for upgrades without a complete overhaul. So Audion is trying to fill that niche.

“Where we’re really adjusting is extending the mid-life and improving the system,” says Fleming.

Yankee Stadium, for example, opened in 2009 with top-of-the-line infrastructure. “But it takes constant attention to keep it cutting edge,” Lane says. He notes that JBL’s baseball stadium speakers are the best on the market, but adds that the reality is that “all speakers will degrade over time.” There’s ferrofluid inside the components that will gel and dry out over a long period of time, and the parts just wear out from the way the speakers work. 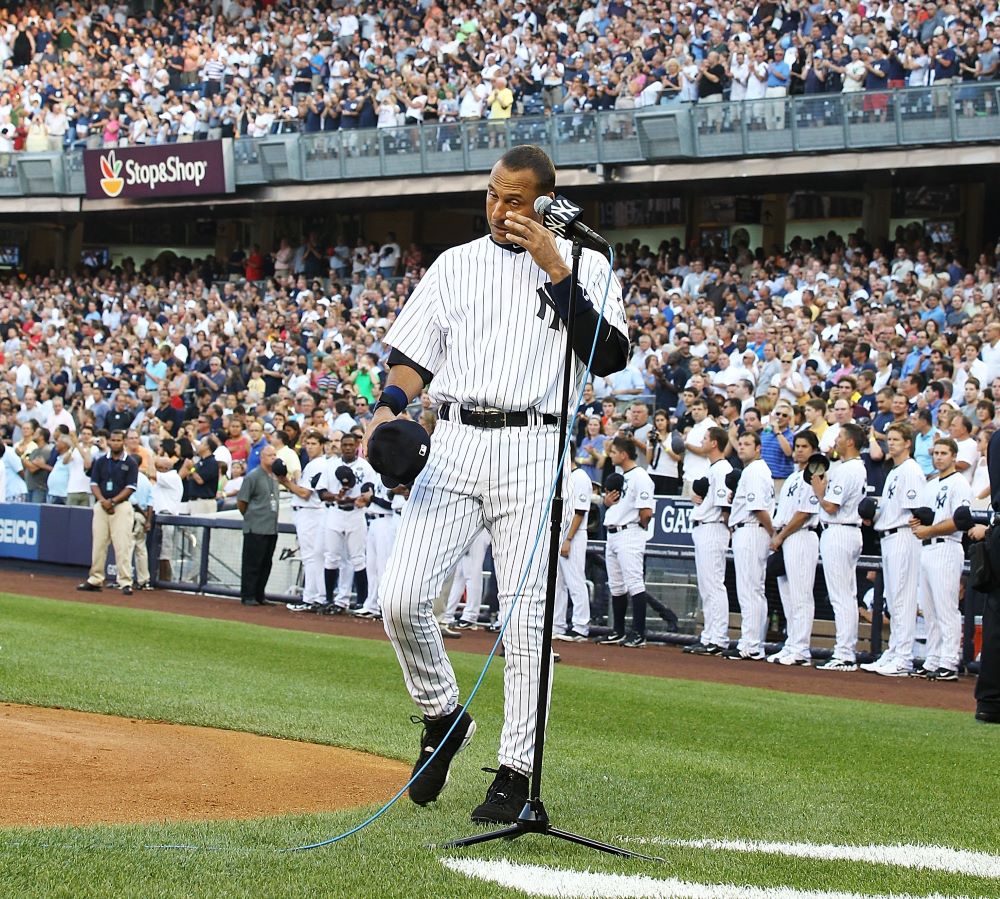 The current Yankee Stadium opened in 2009, but its audio system needs an upgrade.

When this happens, most operators have no choice but to turn up the volume in the hope that it can be heard better. But that can create an uneven experience, where fans in seating sections near the speakers leave with ringing ears. Audion separates the building into zones and mixes the sound as if it were a music studio, with calibrations for each type of sound: PA announcer, video card audio, music, etc.

“It’s not just amazing sound,” Lane says of Audion. “That’s what a lot of stadiums are forced to do. If you can’t hear it, what do you do? You turn it up. So you get that loud, booming, unintelligible sound that comes everywhere. And that what Audion has done is quite impressive, it allows you to be able to hear and have volumes at reasonable levels.

Audion hopes the appeal of its product is to improve the return on investment for sponsors giving presentations, but more importantly to improve the fan experience. Sound can provide an emotional experience where viewers are “locked in camaraderie,” says McGlamery.

Sound is forever, in our top five to manage, and we never get there.

Even before the pandemic, sports teams struggled with the increased appeal of home entertainment systems with ever-improving picture and sound quality. Now, the need to bring fans back to theaters is a tougher sell, which Audion hopes is worth the audio investment.

“There are a lot of people who have been sitting at home for a year,” McGlamery says. “They probably upgraded their TV screen, and maybe their sound system, because they had the money. And spending $100 for a ticket, $13 for a beer, and $40 for parking might not be as appealing as it used to be. So what we said to people is, “Listen, the gaming environment and experience that you’re going to provide will have to be high-quality.” ”